The MOST consortium is formed by leading European experts and universities that complement each other in terms of know-how, geographical coverage and field of activity in order to efficiently and effectively deliver the project results and ensure their exploitation and sustainability. 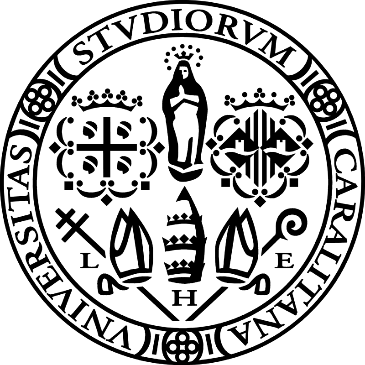 The University of Cagliari (UNICA), founded in 1620, is one of the largest organizations in Sardinia thanks to its international policies and research and its numerous agreements with prestigious universities in Europe and all around the world. It has about 25000 students and 2000 staff (professors and administrative staff). The University of Cagliari works within the international academic community and has developed significant international strength in research in eight major spheres which include globalization, engineering, genetics, neuroscience, immunology, communications and intelligent systems, nano-material and material science as well as Italian language and its culture.

The University of Cagliari is a multidisciplinary HEI offering an interesting and complete education through 6 Faculties: Biology and Pharmacy; Engineering and Architecture; Medicine and Surgery; Sciences; Economics, Law and Political Sciences; Humanities.

UNICA supports students with disabilities and economically disadvantaged students as we strongly believe that the right to education must be granted to all. It supports also both the arrival of students coming from foreign HEIs (400 this year). UNICA’s students have various opportunities to study abroad, in other leading universities in European Union and also Non-European Union universities thanks to UNICA’s more than 800 partnership agreements.

Besides that, yearly about more than 100 visiting professors come to Cagliari’s University, either from EU and non-EU HEI. The Department of Electrical and Electronic Engineering (DIEE) at UNICA has M€ 4 consolidated budget with incomes from research projects. The department cooperates with research labs (both industrial and public) and with other academic institutions worldwide. Being the only higher-education institution on Electrical and Electronic Engineering in Sardinia, the DIEE is strongly connected with the local industry. DIEE gained high reputation in the field of power systems confirmed by participation to large number of international projects dealing with energy, electric power systems, and electrical engineering. DIEE cooperates with ENEL, TERNA, RSE, CESI, the Italian Authority for Energy, the Minister for Research and Innovation, and the Sardinia regional government.

UCY is the leading research University in Cyprus that aspires to promote scholarship and education standards of excellence through teaching and research. More than 7000 students (undergraduate and graduate) currently undertake studies are the UCY. The University has 8 faculties, 22 departments and 11 research units , including FOSS that is the Research Centre for Sustainable Energy. UCY is currently managing competitive research funds that exceed the 50 million Euro mark. Research policy aims to increase the efficiency of the University to utilize research funding and opportunities and to better promote research initiatives in Cyprus. The EC declarations for balancing basic and applied research is adapted. The Electrical and Computer Engineering department is the largest department in the School of Engineering and it strives to provide high quality degree programs at undergraduate and graduate levels. One of its main priorities is to develop further its research portfolio in the field of renewable energy sources and in particular solar energy, thus utilizing Cyprus' high solar resource.

In particular, UCY, through FOSS, plays a key role in research and technological development activities in sustainable energy in Cyprus and internationally. FOSS has been running successfully a number of EU projects (H2020, FP7, Life+, MED etc such as PV-NET, SmartPV, Hybuild, TwinPV, StoRES, PV-ESTIA, GOFLEX, InteGRIDy etc). Apart from research collaborations, it has links with key players in the energy field and policy makers (DSO, Energy Regulator, Ministry of Energy, municipalities in Cyprus) on grid integration projects, energy efficiency, policy and sustainable development. It has also developed a number of energy related courses such as Smart Grids, Photovoltaics, Grid integration etc. through its participation in previously funded ERASMUS projects. It has received in excess of 14 MEuros in funding over the last 6 years.

The Technische Hochschule Ulm is a public organization for higher education at Ulm, Germany. 4300 students are enrolled in 21 Bachelor and 6 Master courses in the field of technical science and information technology. Ulm University of Applied Sciences is organized in 6 faculties. 15 institutes are engaged in laboratory training for students and research activities. About 40 PhD students work on application-oriented research topics with a focus on energy, mobility, information sciences and technical aspects of Medicine.

The Electrical Engineering department of TEIWM (http://ee.teiwm.gr/), and specifically the Electrical Power Laboratory (EPL), will play an active role to this project. The laboratory is an expert in the Buildings Energy Audit procedure with in-situ measurements, in the Energy Efficiency Studies of Buildings and in Smart Electricity Grids. EPL is equipped with cutting-edge research and education technologies on the Electrical Power field. There is also a continuous effort to increase and update the laboratory facilities. It has established research project co-operations on innovative fields, like smart-grids with well-known corporations, universities and organizations. It also offers a postgraduate course on “Renewable Energy Sources and Buildings Energy Management” (http://ape.teiwm.gr/) in cooperation with the department of Mechanical and Industrial Engineering.

The members of the EPL that will be dedicated to this project consist of three professors (permanent staff), one professor (external collaborator), and of at least 3 post-doctoral research associates.

MINES ParisTech (www.mines-paristech.eu), founded in 1783, is one of the oldest French higher education institutions in engineering. The aim is for academic excellence with 286 research professors, 100 theses and 400 articles or books in key research fields published per year. The School has 15 research centers carrying out research and developing excellence and leadership in five major fields: Earth sciences and the environment, Energy and process engineering, Mechanical engineering and materials, Mathematics and systems and, Economics, management and society. MINES ParisTech is the leading school in France for its volume of contractual research. Its major research themes are based on problems raised by industry, e.g. among others EDF, ERDF, RTE, GDF Suez, TOTAL, RENAULT, PSA, as well as the society as a whole. MINES ParisTech is also member of Paris Sciences et Lettres Research University (PSL www.univ-psl.fr). The entity participating in the project is the Research Centre PERSEE (Processes, Renewable Energies and Energy Systems). PERSEE is a joint research unit of MINES ParisTech and ARMINES.

PERSEE’s activities mainly concern new energy technologies and renewable energies. The Centre’s ambition is to contribute to developing innovative technologies and methods so as to increase their share in the future energy mix. Research at PERSEE is organized around 3 axes : i) synthesis of (nano) materials and advanced components, ii) conception and study of sustainable and efficient processes, especially for energy storage and conversion, and iii) optimal integration of these technologies and processes into energy systems, electric grids and other energy infrastructures.

Deloitte (DT) is one of the largest and fastest-growing professional organizations in Cyprus, providing among other Advisory & Consulting Services. DT’s involvement in EU-funded and national research projects is through its Innovation & Entrepreneurship Centre (IEC) aiming to stimulate the Cypriot economy by supporting innovation and entrepreneurship. Under the Innovation pillar, DT‘s participation is promoted in projects which focus on and promote innovative practices in various sectors of the economy, such as research projects in cooperation with leading universities and research institutions throughout Europe. Under the Entrepreneurship pillar, activities and initiatives related to startups are implemented with a vision to develop the entrepreneurial ecosystem of Cyprus. The IEC participates in a number of projects in a range of subjects such as education, ICT, energy and the environment, carrying out tasks such as socioeconomic impact studies, cost-benefit analyses, market surveys etc., based on a wide range of quantitative and qualitative methodologies. DT's activities also include horizontal activities such as dissemination and capitalisation, and administrative and financial management or expenses verification of co-funded projects in cases where they don't participate in the projects as beneficiaries.

WIP Renewable Energies has been active in the fields of renewable energy technologies for over five decades, providing a range of expert technical and non-technical services to both industrial and public sector clients at the international level. WIP’s know-how covers the entire clean energy sector, including photovoltaics, energy in buildings, wind, small hydro, biomass and grid integration. WIP offers project development, project management, technical supervision and realization of projects, which involve the coordination of international consortia. With an experienced team of about 30 qualified international and interdisciplinary personnel, WIP applies an integrated approach to bridge the gap between project idea and realization. WIP is furthermore a member of the European Photovoltaic, Wind and Biomass Energy Associations, the Continental Automated Buildings Association (CABA), EUBIA, SolarPower Europe and EWEA, as well as founding member of EUREC, the European Association of Renewable Energy Research Centers.